For anyone unaware of what’s been going on in my life regarding my two-year-old, Riley, here’s how you can get caught up if you’re interested. 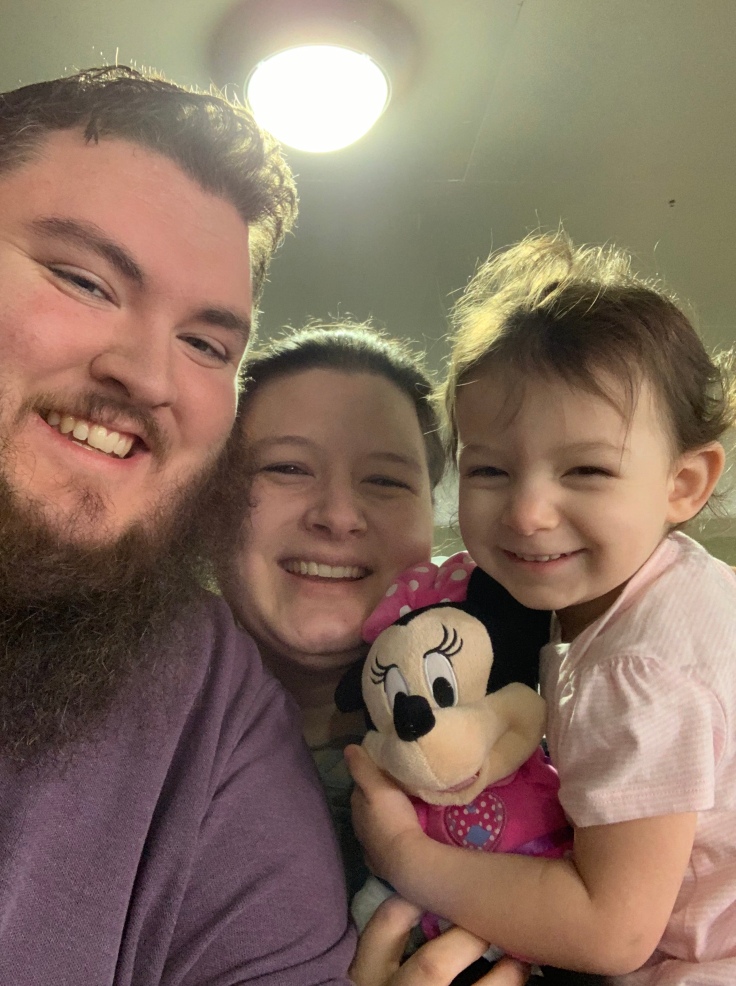 7:00AM: Rise and Shine. We hardly slept. Riley woke up at 2 am holding her head and tossed and turned before falling asleep. She’s already telling us, “me so hungy! So, so hungy!” The procedure can’t start soon enough.

8:20AM: Arrived at the hospital almost a half hour early! Traffic wasn’t as bad as we thought but that’s okay!

I have no idea if that video will play. But you can get an idea, she’s excited for today!

Ran into Pappaw Danny on the Bridge from the parking deck to the main Hospital! Riley wasn’t happy that we stopped our forward progress to the “doctor head” so we took this party on the road.

8:45AM: Final weight, height, and conversations with the hospital staff, doctor, anesthesiologists. She’d get put to sleep with the gas and then they’d put her IV and all the hook ups in her tiny little arms. She liked practicing on Minnie.

9:50AM: Next thing we knew had to say goodbye. But not before we got a little entertainment:

10:55AM: We got called up to the front desk. We were told that she became best friends with the nurse, Adam, and asked to hold his hand when they put her under. They made the incision, surgery was officially underway.

It wasn’t long after, Pastor Jeff from The Summit came by to chat and pray with us for everything to go well. I must say, for everyone out there praying and sending well wishes for our Riley, thank you so much!

12:20PM: Procedure was over and we were called back to the consult room. Dr. Chen came in and said everything went great! As soon as they took the bit of her skull/c1 out, she was able to see that the pressure and tightness in there get relief. The flow of her spinal fluid is perfect now and she took to the skin/pouch graft beautifully.

12:45PM: Already we were being whisked away to see our precious girl in recovery. As soon as she laid eyes on mommy, both burst into tears, and Riley asked to be held. While they checked the last few bits of vitals and such she got to talk to us, and say, “love you much!” She even smiled at us while we held her hand! We had our Riley back!

1:00PM-ish: You can watch this stuff happen on TV or even to someone else, but when it’s your kids, sometimes it’s too much. April got a good glimpse at Riley’s incision and before we knew it, she turns white and says, I think I’m going to faint.

The nurse jumped in, got her some juice, water, and a cloth. April didn’t fully pass out, but got ghostly white and said it sounded like she was underwater.

A little bit of nausea from both patients and things were starting to calm down. Since things were calming down, Pappaw Danny was able to go back and say goodbye before he had to go back to work.

1:20PM: We were shuttled to our room. For the next hour or so, it was all about getting Riley admitted to hospital side of things, vitals, getting settled, etc. At 2pm though, we did get very small window, to FaceTime big sister so they could see each other. 💙💜💕 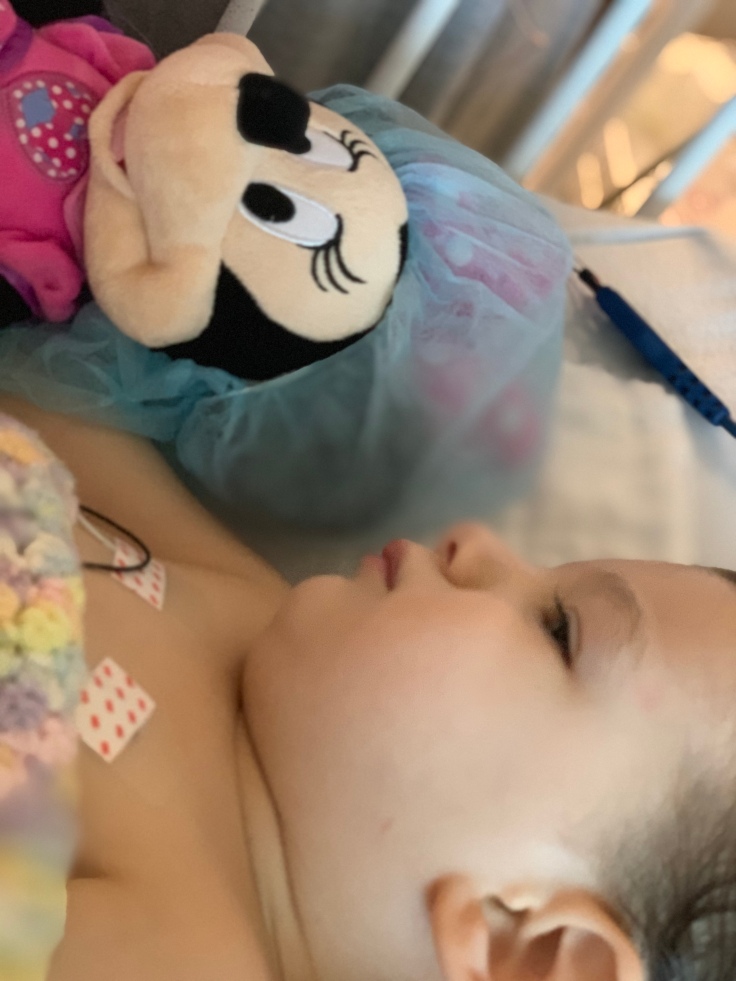 3:30PM: Grandpa Horner came by and by now, the edge had been taken off of her pain and we were able to get a lot more smiles from our girl.

Going to share a few images–the next one being a little more graphic. 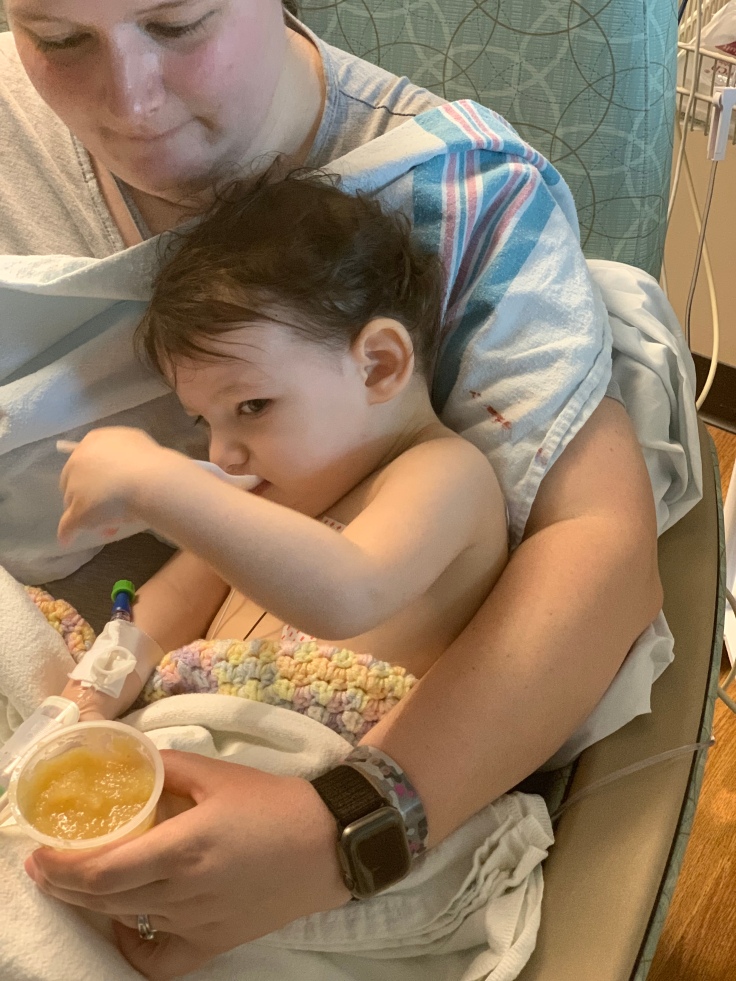 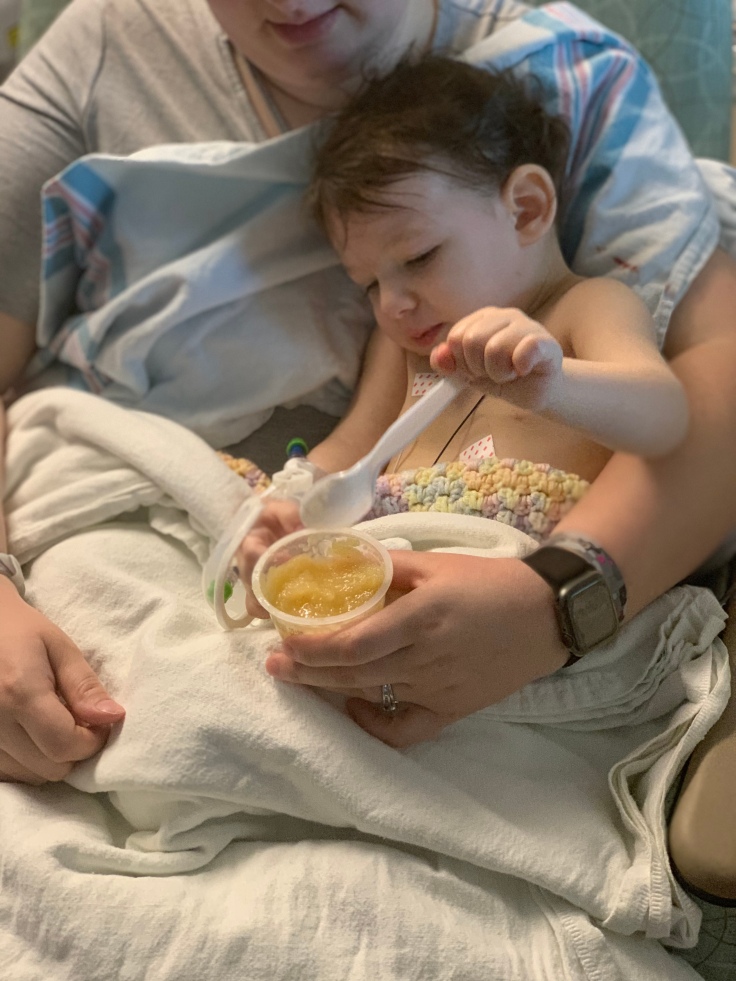 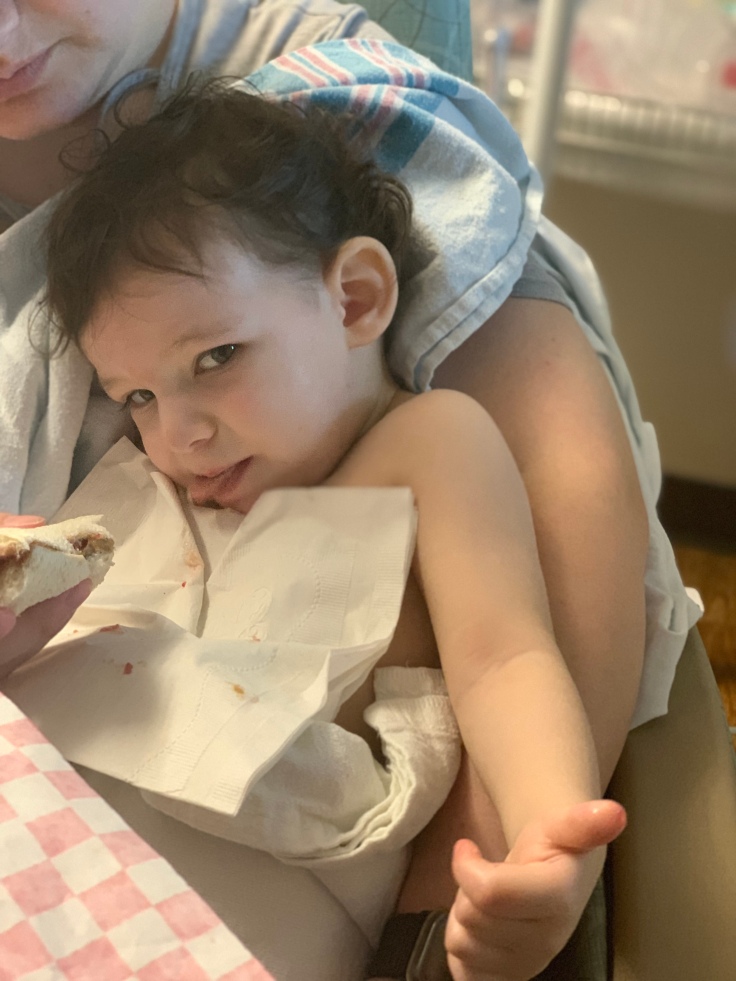 Thumbs up Dad! She destroyed her applesauce, PB&J, and mandarin oranges!! Hungry baby!!

Pain tolerance on this girl must be really high though! After playing whack-a-mole with the heart monitor alarm button, they came in and gave her some more meds to take that out.

6:49PM: She’s finally resting in bed, April got to eat and finally got a restroom break!

Hopefully, depending on Riley, we’ll be able to get out of here by the end of the week!

As far as follow up, we have to go back in 2 weeks, 3 months, 6 months, and 1 year. After that it’s maintenance appointments.

Hopefully we can keep her and Cadence from doing too much, too fast when they reunite!

We’ll keep you updated if anything major happens, the triumphant return home, and any future developments for those that have been following Riley’s journey.

Thanks so much for all the prayers, well wishes and thoughts!