I keep meaning to share some awesome news with you all but it’s been hard for me to think about little else besides the massive ball of stress I’ve been carrying recently regarding my daughter. If you’re unfamiliar with what’s going on there, here’s where you can get caught up. I would really appreciate thoughts and prayers and whatever positivity you can toss our way. We’ll need it.

Cadence, our five-year-old, was absolutely devastated by the news that her baby sister’s headaches aren’t going to go away with medicine on their own. She FaceTimed me at work, sobbing, “they’re going to cut her with a knife!” It’s taken the last few days to get her to calm down but she still gets emotional and has to talk herself into thinking about happy things. (NOTE: This is NOT how it was explained to her. Not sure how she came to this–perhaps she overheard a private conversation but we didn’t explain it that way.) It’s heartbreaking but also heartwarming because of the bond and love our girls have for one another. 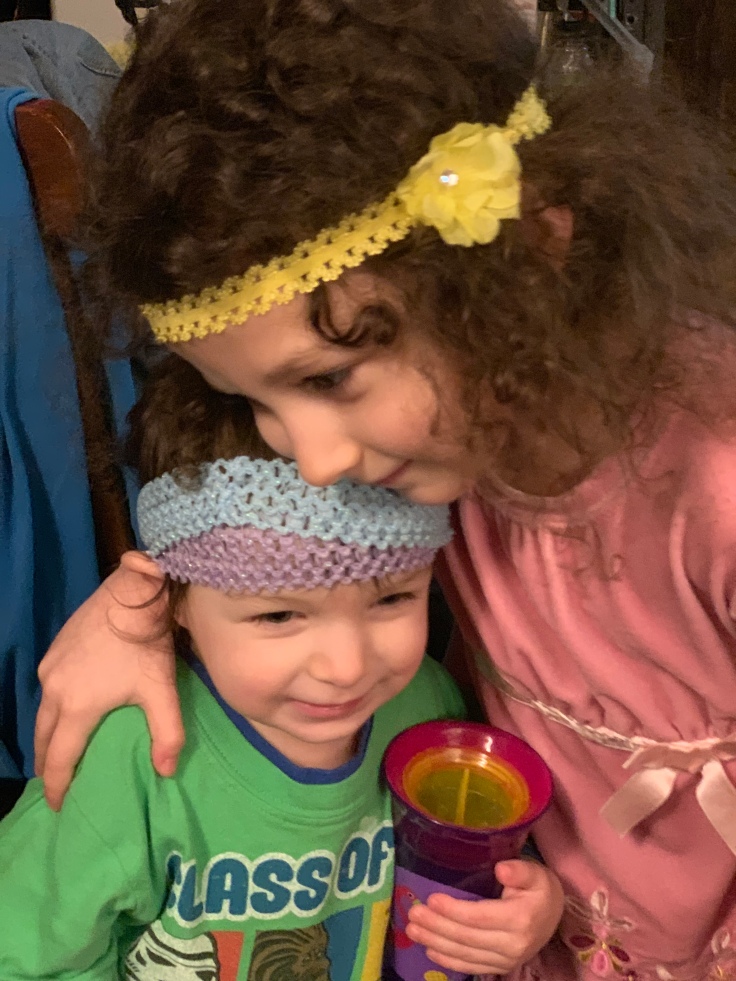 Originally we had follow up appointments scheduled much farther out but I guess our doctor told them that this was important, so our swallow study got moved to next week and we’re on a cancellation list should an appointment open up sooner.

This appointment will dictate if we decide when the surgery is or if the doctor does. If her malformation is causing her to swallow or breathe abnormally, then it needs to be handled ASAP.

Riley Got Her Cast Off!

It’s been a long four or five weeks now and she’s been such a trooper! At first she cried because they were cutting her pretty pink cast that she loved and was so proud of but later, she came around and was super excited!

Her ulna has the knobby growth of new bone but is already correcting itself from where it started to heal at an angle. For those that don’t know–yes, she had a broken arm for about a week before we found out. No swelling, crying (except when she bumped it funny), or brushing, AND she was still using it. I digress, all is well now.

On to my awesome news!

I was recently interviewed by horror author and podcaster, Augie Peterson!

Augie is awesome! It was a fun interview and I was honored and surprised that I was even asked. Every month she features five creative individuals, authors, artists, etc. interviews and promotes their work. For June, I was one of the lucky few!

Check out my interview here.

Also, she did a Features Week Bonus episode on her podcast where she recaps the interviews for the week. Also, if you listen, you’ll hear her impeccably read an original story of mine, The Mountains That Whisper, which was originally published in Aphotic Realm’s fifth issue, ELDRITCH! 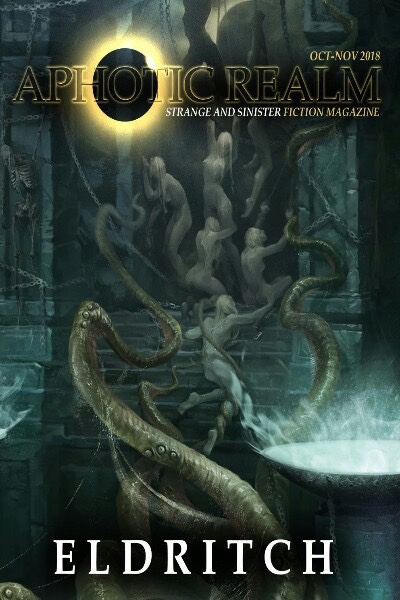 You can listen to that episode here.

(At 6 mins is my interview and 12:20 is my story but stick around for all the other great creative individuals!)

Grab a copy of Eldritch here.

Or, if for some reason you’re one of those folks that likes to help out indie writers, you can buy a signed copy from me. Just shoot me an email or DM me on social media if you’re interested.

The next issue of Aphotic Realm, Gruesome, is coming along well. Medina and I have each been swamped with craziness–if you’re reading my post, you know what I’ve been up to, however, Medina’s big distraction has been hunting and buying a house! The good news is they recently got the house! Congrats to them! Now it’s crunch time to get everything done before we bump up into a bigger mess with their move and all that excitement!

That’s all for now!