I’m laying this down right up front–I know I’m NOT going to be able to hold back from some SPOILERS! So consider yourself WARNED!

I remember thinking at one point during the movie, “this is wonderful.”

I remember exactly when I had that feeling. Logan, Charles and Laura stop to help a family collect their horses running in the road. Logan introduces Laura as his daughter and Charles as his…dad. The grateful family invites the trio back to their home to repay their kindness. Logan initially refuses but Charles accepts knowing that this quiet, normal moment is exactly what Logan (and possibly Laura) needs to bring out their humanity.

Back at the family’s farm they are all sitting around the dinner table. Laura, devouring everything like she hasn’t eaten for days, drew a chuckle from me. Logan and Charles share fond memories of days past in an almost “tongue-in-cheek” fashion. The pair exchange a glance and in that moment I realized that all the blood, dismemberment, f-bombs and even this 17 year long journey, for better or worse, has all been worth it. Everything was building to this simple, beautiful moment. 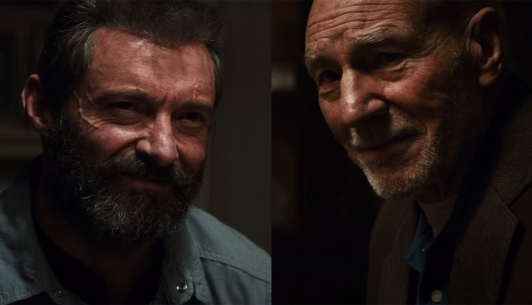 Several days have past since I saw Logan in theaters. This scene is easily the most memorable of that movie…possibly even the franchise. The only other scene that comes close for me is the first bar scene where Wolvie’s claws come to bare for the first time in cinematic history. You can relive that scene by watching this video on YouTube.

There is one other iconic scene found in X-Men 2 where Logan springs out of the tank, claws extended, and water spraying everywhere. As great as it is though, it doesn’t come close to the dinner scene in Logan or the bar scene in X-Men. 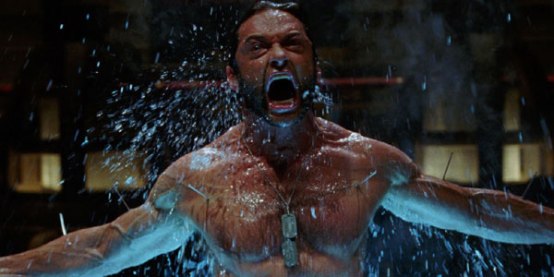 Over the course of the movie, Logan is detached and Charles implores him to stop denying and pushing his humanity away. His detachment is preventing him from caring or connecting with anyone. Sparing one of the major spoilers (some sacred things should remain revealed by watching the movie) there is a final scene where Logan finally finds himself and he connects with Laura in a very touching scene.

This film also holds a certain weight to it aside from the fact that this is Hugh Jackman’s last appearance as Wolverine. It’s the realization that (SPOILERS FOR SURE) the humans have suppressed the mutant gene by genetically altering corn syrup. The only way mutants come into existence now is if they are created in a lab. 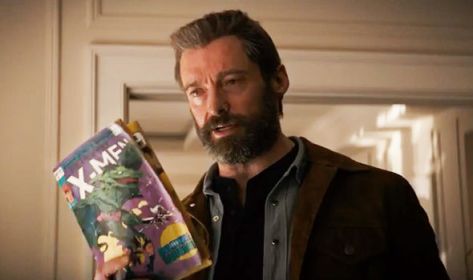 I was skeptical when seeing an X-Men comic reference in the trailer but I was surprised and impressed at how they actually utilized the comic. After the “threat” of the mutants was gone, stories were written about actual events that occurred and embellished by adding flashy costumes and twisting what actually happened. I thought this was a neat element and it wasn’t a throwaway Easter egg either as it was later used in a major revelation.

Overall, Logan is a wonderful film. It’s easily the best Wolverine solo movie and that’s clear to see but I think it’s the best film of the franchise. My recommendation? If you can get past the blood, cursing, and a brief flash of naked breast then go see Logan! If you can’t get past the rated R content, then you should suck it up and try anyway (if you are of proper age of course) because this is truly a marvelous movie for Wolvie fans everywhere.